The Archaeological site of Tharros wheelchair accessible tours, has a particular shape of a natural amphitheater.

It is bordered by the isthmus of San Marco Cape and the hills of San Giovanni of Sinis and on Murru Mannu.

It is set in a particularly suggestive context, characterized by a fascinating landscape in which the colors of nature dominate.

The blue of the sea, the green of the Mediterranean vegetation, the gray-reddish hues of rocks and ruins.

It is the second most visited site in Sardinia, the other is Barumini.

The ancient city of Tharros was one of the most important trading ports in Sardinia.

This is also confirmed by a discovery of the wreck of a Roman ship South of the nearby Island of Mal di Ventre.

But the beauty of Tharros is that it was not only Roman, but saw several civilizations pass by and today excavations have brought to light layered ruins placed on different levels.

Tharros was built on a Nuragic settlement.

It ended up being abandoned, depopulated and stormed by the Saracen raids.

The city of Tharros was founded towards the end of the VIII century BC and was abandoned around the year 1050 AD. to give rise to Aristiane, the current Oristano.

What is visible in the city refers mainly to its Roman imperial phase, but there are also monuments of the previous Punic period, of considerable interest.

The main characterizing aspect is given, on the southern hill, by the long roads that lead downhill to the real center.

Distinguishing blocks and monumental buildings, such as the large thermal baths located right on the edge of the flat area.

In this one stands out the Temple of the Semi-Columns, from the Punic age.

Hollowed out of the natural rock, it consists of a high stepped podium, whose perimeter, perfectly smoothed, is decorated with semi-columns carved in low relief.

The Necropolis extended all around the city.

During the XIX century there was a real gold rush, where the graves were stolen and the materials dispersed and taken to all parts of the world.

Tharros grave goods are now present at the Metropolitan in New York and at the British Museum in London.

With the same ticket for the Archaeological site of Tharros you can also enter the Tower of San Giovanni.

A watchtower so called due to its proximity to the Church of San Giovanni OF Sinis.

It dates back to the XVI-XVII century and was built in a strategic position on the hill that now overlooks the excavations of Tharros.

Once used to have a wide view of the Gulf of Oristano on one side and the sea of Sardinia on the other. 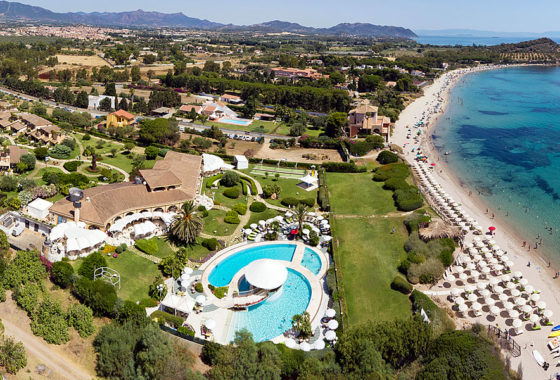 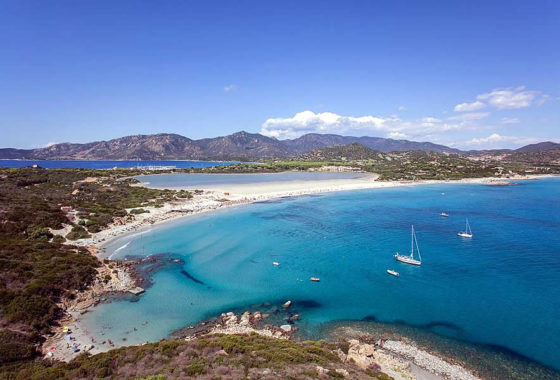